It all began at Biscarrosse under the drive of Toulouse engineer Pierre Georges Latécoère.

His ambitious project was to connect Toulouse with Santiago of Chile by creating an airline. But crossing the Atlantic in a standard plane was a scary prospect. Latécoère then decided to use a seaplane and chose Biscarrosse for its proximity to the Toulouse factory, where the parts were manufactured, but also for the immensity of its well-sheltered lake, clearly ideal for flight tests.

Indeed, the location is perfect for this activity, and the manufacturer Pierre-George Latécoère made no mistake. Close to the Atlantic and therefore to the doors of America, surrounded by large lakes, these bodies of water are ideal for landing.

Biscarrosse, the birthplace of airmail

It is 1930, the Latécoère assembly and flight test base in Biscarrosse has just been created. The Compagnie Générale Aéropostale too. This is where Air France created its first lines and regular passenger flights would take off heading to New York, Natal in Brazil, the Antilles… 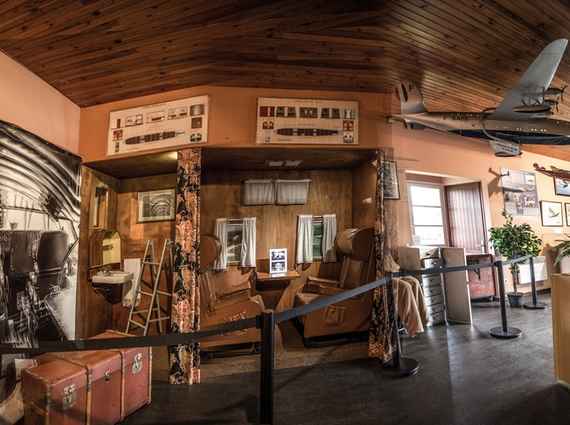 As an invitation to travel, this unique Museum, located on the iconic site of the former Latécoère base, covers the history of world seaplane activity.

Prepare for a throwback in time… and set off on a transatlantic flight for New York or Fort-de-France, in the golden age of seaplanes.

Discover all the emotions of this time through a collection of models, mechanical parts, films and documents.